A Schengen Visa is a travel document that is affixed to a passport. Among many other documents, sponsorship letter for visa application increases applicant’s chances of acquiring Schengen Visa manifold.

The concept of visiting 26 countries on a single visa sounds pleasant but the process of attaching the myriad number of accompanying documents along with the visa application is a difficult task, at times annoying. As a little error can become a cause of visa denial.

The applicant usually attaches this document when a citizen of the host nation will fund, support or bear the applicant’s expenditures during the course of his/her stay in the Schengen Area, in absence of means of subsistence.

In such a case, the citizen of the host nation is called a sponsor.

The sponsor usually gives an assurance—in the sponsorship letter—to the embassy that he will be paying for applicant’s accommodation, food, traveling or any other expense.

Who writes the Sponsorship Letter?

The sponsor (citizen of host nation) usually pens the sponsorship letter for Schengen Visa application detailing his relationship with the applicant and explaining the costs that former would cover.

The sponsor also attaches other documents with a sponsorship letter to prove that he possesses an appropriate amount of funds to sponsor the applicant’s trip. These documents may include a bank statement, salary slip, and ID card.

How to Write a Sponsorship Letter?

The technique or writing a sponsorship letter for Schengen Visa isn’t complicated at all.

The sponsorship letter should be precise and unambiguous. The author must give every minute information that is necessary and details the expenditures that he would cover. The writer explains his relationship with the applicant and attaches other supporting documents including bank statement.

The writer should avoid detailing any such information that is hard to prove.

The sponsor addresses staff of the embassy or consulate in his letter. He begins with the opening salutation ‘Dear sir/madam’.

Then, the author writes his name and give details including information about his place of residence, place of work, the reason for penning down the letter and for whom it is being written.

The sponsor mentions that he has attached all the supporting documents with the visa application. In the end, the sponsor signs the letter, under his name.

Other useful tips for Sponsorship Letter

Other useful tips about writing a sponsorship letter for Schengen Visa are as follow:

Do not make it way too personal: Though it is mandatory for the sponsor to explain his relationship with applicant but it would be utterly unnecessary to explain that how much former misses, love or wants latter to be with him.

For obvious reasons, the consular officer does not care about aforesaid details. For him, the priority is the assurance on behalf of the sponsor that the latter would be completely sponsoring the applicant’s trip. And this assurance may come in the form of a bank statement or salary slip.

Besides, these things will only make the sponsorship letter longer and it is strongly advised to avoid it.

Avoid unnecessary details: As mentioned early, the sponsor is only required to explain his relationship with the applicant and means of sponsorship.

It would be better to not give unnecessary details like as, where you will be having breakfast with the applicant or how much it will cost. The diplomatic staffers—being best in the field—are not interested in such details. For them, priority is to go through sponsor’s bank statement salary slip to verify the means of sponsorship.

They are more interested in knowing about the expenses that the sponsor will be covering, i.e. accommodation, traveling and food.

Sponsorship Letter should be precise

As mentioned earlier, the sponsorship letter should be precise and this task can be accomplished only by avoiding unnecessary details.

The burden of work at the embassies or consulates is colossal and the consular officers do not have extra time to read a two-page or three-page sponsorship letter. The letter must be summed up in one-page in few paragraphs.

Besides writing the name, occupation and home address, the sponsor must write his phone number and email id. This enables the embassy’s staffers to contact the sponsor in case of need. This also helps sponsor to clarify or explain any information, if needed.

A scanned copy of his ID/passport

Sponsorship Letter for [Applicant’s Name] with Passport No.

I, [Sponsor’s Full Name] currently residing at [Sponsor’s Home Address], and a citizen/permanent citizen of [Country’s Name], am writing this letter in support of the visa application of my [relationship], [Applicant’s Name].

The purpose of the visit of my [parent/sibling/friend/other], [Applicant’s Name] in [Name of Country] is to [give the reason behind the trip]. He/she will be here from [start date] to [end date].

During the specified trip dates above, [he/she] will be visiting [Specify city/place names]. In addition, [Applicant’s Name] will be staying at [Sponsor’s Address or Hotel Address]. I will be covering all of the expenses of the trip, through [Provide means of funding].

All the supporting documents have been attached to this letter to support the aforesaid documents. 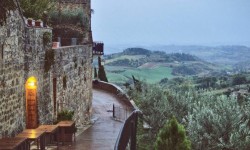 Embassy of Italy in Mosco 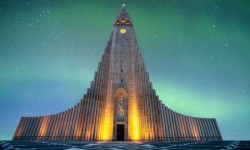 Embassy of Spain in New D 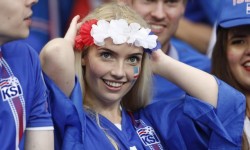 Consulate General of the