France and the romanticism associated with it attracts millions of tourists every year and Indians are no exception. As the maxim goes, ‘Paris is always a good idea’, every year over 1 million Indians lodge applications for Schengen Visa. The numbers are likely to grow over 1.5 million by the end of 2021. Below is your ultimate guide of getting French Schengen Visa from India.

Where to Apply for French Schengen Visa in India?

Indians can apply at the following for French Schengen Visa:

The French Schengen Visa allows its holder to roam freely in the following countries:

Getting French Schengen Visa from India

Overall rules and procedure for getting French Schengen from India are pretty similar to most of the other countries.

In the beginning, figure out the type of in relation to the purpose of your visit to France. French authorities issue following types of the Schengen Visas from India:

When to apply for a French Schengen Visa from India?

Where to apply for Schengen Visa from India?

If your only destination of the Schengen Area is France, then you will apply at one of the aforementioned diplomatic missions of France.

Documents required for getting French Schengen Visa from India

Following are the documents that the applicant is required to submit in the visa application:

Pictures: Your pictures must meet international standards, otherwise, your application will be rejected. You have to attach two pictures with full face captured in a light background.

Passport: When applying for French Visa from India, you must remember that passport must not be issued for a period exceeding the 10-year threshold. Also, it must contain at least two blank pages so that the concerned officials can mark the dates of arrival in and departure from France.

Proof of legal residence status in India. This may include a residence permit or national ID.

Also, the availed insurance must cover the cost of repatriation of the body in case of an unfortunate event of itinerant death.

Hotel Bookings for French Schengen Visa Application: This document ensures visa officers that the itinerant has sorted out means of accommodation in the French territory.

Cover Letter: In the cover letter, you will explain to the visa officer that why are you planning to visit France. The cover letter must not be prolonged and lengthy. Keep it to the point and precise.

Evidence of civil status. This may include a marriage certificate, ration card, birth or death certificate of the spouse.

Means of subsistence: As evident from the term, it is evidence that the application has sufficient resources to support himself financially during the course of his/her visit in the Schengen state.

To find out more about means of subsistence, click here.

Additional Schengen Visa requirements for as per status of Indian citizen

Contract of the employment

Bank statement illustrating the transactions of the previous six months

Additional Schengen Visa Requirements based on your Employment Status in India

If you are employed:

NOC from the education institution

Jurisdiction of the French Embassy in New Delhi

The French Embassy in New Delhi covers the following areas:

The French Consulate General in Bangalore covers the following areas:

The embassy or consulate usually takes 15 days to process the visa application. However, in exceptional cases, the duration may exceed. 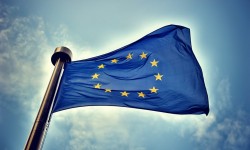 Means of Subsistence for 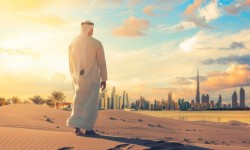 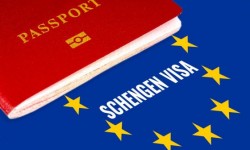